Condors (Gymnogyps californianus) have made an incredible comeback over the past three decades, yet they remain critically endangered due to their continued low population in the wild. If you’re at Zion, Bryce or Grand Canyon National Parks, where this photo was taken, keep an eye out for North America’s largest land-based birds, which weigh up to 24 pounds and have ten foot wingspans. The National Park Service appreciates hearing about all condor sightings-let them know where and when you saw them, and also share their wing tag number if you’re able to read it. 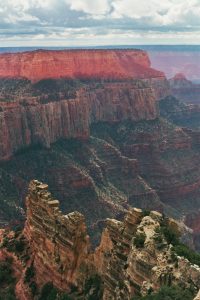